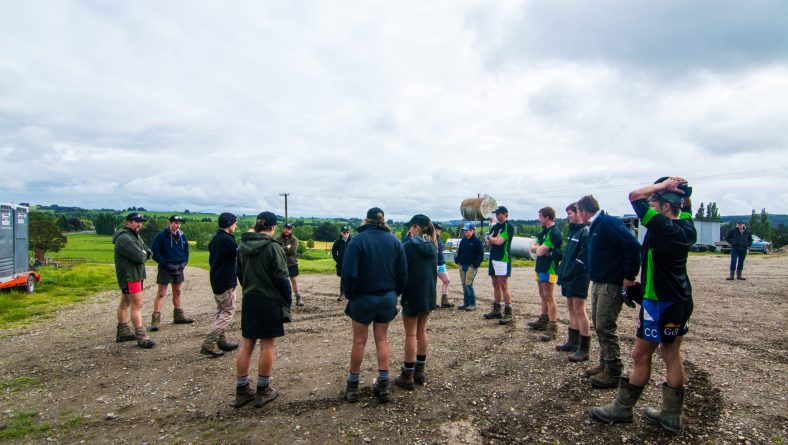 With the FMG Young Farmers of the Year off to a solid start Zero Harm Farm was proud to announce that we helped to cater for their Health and Safety Requirements.

The skills day, like many other events needed a system to help induct and sign in all young farmers and supporters arriving that day. Fed up with all of clutter of paper, James Heslip the manager at the The Young Farmers Skills Day, Pukerau wanted something a little easier to manage.

Instead of having to sign in via the paper, all visitors signed in online via mobile or computer at the gate or before arriving.

“It was easy as pie and only took me a couple of minutes to induct, I like the way you can get directions to farm as well” said one of the contestants competing in Saturdays event.

Along with inducting and signing in, Zero Harm Farm also allowed farmers to check any temporary hazards which were occurring that day and viewed a detailed hazards map of the area set up by the managers directly from their phones.

The event itself was also a success, the rain held off, the BBQ fired up and of course the young farmers competed. In his last year of competing, 2014 Grand Finalist, 30-year-old Steve Henderson from Waitane Young Farmers was pushed all the way and finished just one point ahead of another experienced campaigner, Nigel Woodhead.

The battle royal will come to a head at the Otago/Southland Regional Final next February when the two compete against third and fourth place getters, Alex Field and Allen Gregory and four other finalists that will be found in the Otago District Contest and Skills Day to be held soon.

As part of Zero Harm Farm’s ongoing effort to assist Farmers in NZ, we will be matching all young farmers who subscribe to the $199.99 annual subscription a $100 gift to the club of their choosing. Simply let us know what club you would like to support and we will do the rest.